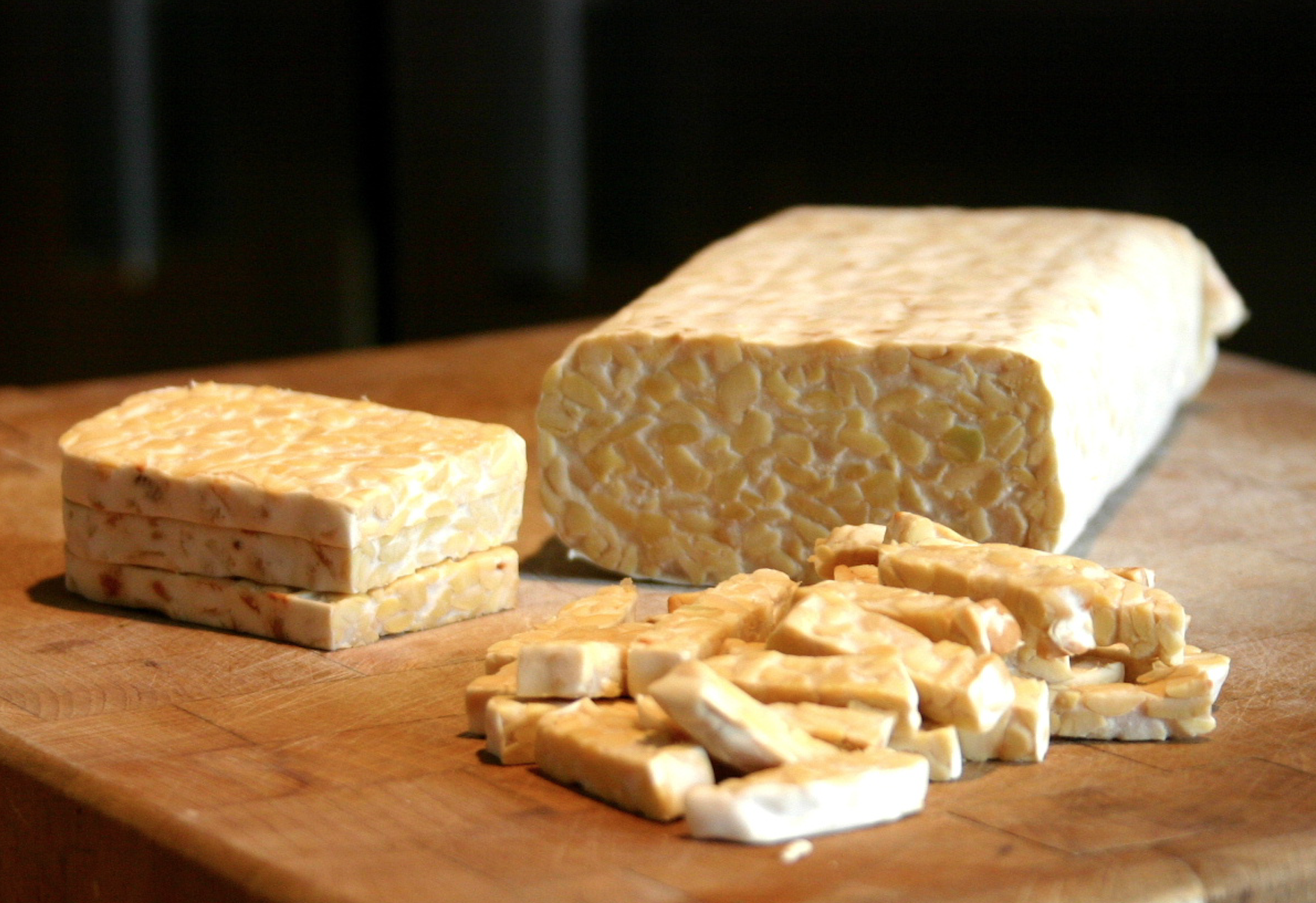 Indonesia is home to some of the world’s most powerful superfoods. Tempe, one of its staples, has often been hailed as ‘Indonesia’s gift to the world’ – starring in gourmet burgers and salads from Melbourne to Manhattan. We sat down over a tasty grilled tempe lunch with Professor Winarno, the world’s foremost tempe expert, to find out more about the soybean superfood.

Professor Winarno, can you please tell us a bit about the history of tempe and how it’s produced?

At the International Conference on Tempe in 2015, conducted in Yogyakarta in Central Java, it was confirmed by historians and food scientists that tempe was first reported in the beginning of the 18th century in the ancient book of Centhini/Serat Centini, from the Kingdom of Mataram Sultanate, which covered Yogyakarta, and Central and East Java. The conference declared that tempe is an indigenous Indonesian fermented food. It is a dominant food that characterizes Indonesia, just as kimchi does for Korea or miso and nato does for Japan.

There are many methods of tempe production, but basically it is made from soaked, de-hulled soybeans which are inoculated with certain mould spores or starter culture, which in Indonesian is called laru tempe or ragi tempe. Many microorganisms are involved, including mould and bacteria, but the most important species for making tempe is Rhizapus oligosporus. The inoculated soybean is then wrapped in banana leaves and left overnight at room temperature. The fungus begins to grow and radiates heat, and the final result is a compact block of whitish tempe. It is now ready to be cooked.

What are the industry trends in Indonesia and the world?

The annual Indonesian soybean crop is 2.6-3 million tons. 70% is imported, and only 30% is produced locally. As much as 60% of Indonesia’s soybean crop is used as the basic ingredients for tempe. Most tempe is produced in cottage industries or home industries – only a few medium scale industries produce tempe. The average consumption of tempe in Indonesia is 7.2 kg/capita/year, or only 0.14 kg /week /capita. This is less than the average consumption of tofu, which is 10kg/capita/year.

Several countries have become familiar with tempe, such as USA, Europe, ASEAN nations, Japan, Australia and New Zealand. Through the Indonesian Tempe Movement, the promotion of tempe internationally has made significant progress. It is popular among vegetarians across the world, due to its simple production, affordability, natural characteristics, and high nutritional value, particularly its vitamin B12, protein, and bio-active content. Interestingly, the technology used to produce tempe could be applied to other legumes.

Professor Winarno, are there any environmental concerns surrounding tempe production?

Most local tempe is not produced in a clean and healthy environment, and it usually requires plenty of water and energy for heating/steaming and de-hulling. The waste water is usually disposed of in rivers or sewage, and this pollutes the environment. As 70% of Indonesia’s soybeans are still imported, producing tempe locally is still a great problem.

How can we support local production?

Ideally, tempe products should be made from local organic soybeans, but in reality the cost of production is still much higher than importing them.

Since tempe is a safe, nutritious and affordable food, it is considered to be a strategic investment for nutritional development, health, culture, and the national economy. For those reasons, local governments or the central government should address and solve the challenges faced by producers. Tempe holds a variety of developmental possibilities not only in the culinary field but also in the fields of medicine, the agricultural industry and bioprocessing. Tempe is Indonesia’s unique treasure.