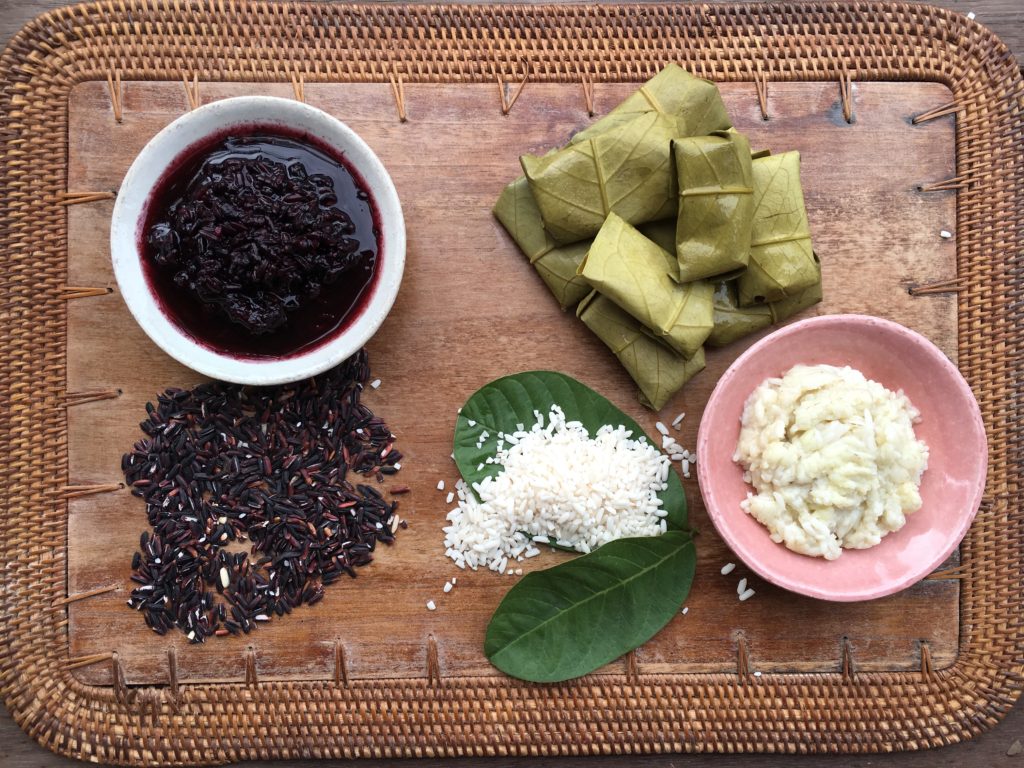 Indonesia is home to many of the world’s most nutritious superfoods. In our Indonesian Superfoods series we’ve spoken to industry experts about tempe, jackfruit, cassava and coconut. For our final conversation we sat down to a sumptuous breakfast of bubur ketan hitam (black rice porridge), with Ibu Helianti Hilman. Ibu Helianti is the Founder of Javara Indonesia, which works with over 52,000 farmers across the archipelago, selling over 700 organic products. She has been recognized among Indonesia’s top social entrepreneurs both regionally and internationally, and she really knows her black rice!

Ibu Helianti, what are the nutritional benefits of black rice?

Indonesian black rice, also known as purple rice, is one of many rice varieties that have become a rare gem for the community. Despite being less popular than white rice, red rice and brown rice, black rice is an ancient grain that has impressive health benefits compared to other closely related rice varieties.

Black rice has a black color and usually turns deep purple when cooked. Its dark purple color is a primary indication of its high anthocyanin content, which is a type of antioxidant found in food. The nutrients in black rice such as protein, iron and fiber, are generally one and a half times higher than the nutrients in white rice, red rice and brown rice. This means black rice has the ability to protect the body from any damages caused by free radicals, which is one of the main factors of chronic and degenerative illness such as cancer, autoimmune and cardiovascular disorders. Traditionally, due to its high iron content, black rice is often used to treat anemia.

Like other rice varieties, black rice naturally contains no gluten, the protein found in all wheat, rye and barley products. This shows that the consumption of black rice can potentially eliminate digestive problems associated with eating gluten. Additionally, it also contains another important antioxidant, vitamin E, a useful compound that maintains eye and skin health, and the immune system.

What are the Indonesian traditions related to farming and consumption of black rice?

Apart from rice, there is no other staple food in Indonesia that has so many facets of role, function and local wisdom within the communities across Indonesia. Rice is the only food that crosscuts the spiritual, economic, social and culinary dimensions all at once. Such facets are also enriched with the fact that up until the ‘70s there were over 7,000 rice varieties in Indonesia. Today, many have been lost and forgotten.

Heirloom varieties include different types of black rice, from the regular black rice to the sticky black rice. From the ones that grow in the coastal sandy soil of Aceh and North Sumatra regions, to the swamp areas of Kalimantan, to the wetlands of West Sumatra, Java and Bali, the arid zones of Eastern Indonesian islands, wild river-grown rice grass in North Halmahera and wild grass rice in Papua.

Various local heritage black rice types that are still grown and consumed across the Indonesian archipelago include the ones from the indigenous tribe of Banten Kidul (Kasepuhan Cipta Gelar, Sirna Resmi, etc) with their Gadog rice; Yogya and Central Java with their Cempo Ireng; East Java with their Melik rice; Krayan Kalimantan with their Adan black rice; Bali with their Injin black sticky rice; highland Toraja with their Rantepao black rice, and even Papua wild black rice which originated from Manchurian wild rice.

Dating back to the 13th century, the heyday of the Majapahit Empire, black rice was one of many staples that was exclusively cultivated for, and consumed by, the royal family. The crop was only grown in very limited quantities, closely monitored and reserved for only the highest elite class. Its cultivation could not be executed by regular farmers, which led to the myth that growing or consuming black rice brought curses to the general Indonesian community. A particular area in Banyuwangi Regency, where black rice was the only crop grown in the area, was then called Dusun Melik, Desa Parijatah (Padi Jatah untuk Raja), which means Rice Supplies for the King. This rice is grown in the mountain slope areas of Gunung Ijen and Gunung Raung. The same rice was also grown in the mountain slopes of Gunung Merbabu Merapi in Central Java.

What opportunities do you see for Indonesia with the superfood status black rice brings?

Black rice has been gaining popularity in Indonesia over the last five years, and health conscious consumers have already adopted a diet including black rice, mostly those who are hoping to prevent cancer. However, for general consumers, black rice may still not to preferable due to its high price which can be twice that of regular white rice. Further, its texture is more like a black sticky rice and associated with the taste of desserts and sweet delicacies rather than as a staple food.

Are there any environmental concerns surrounding black rice crops?

Black rice grown in Indonesia is mostly from local heirloom seeds, and except for a few varieties, it requires longer cultivation time of between four to nine months. With the massive transformation of agricultural land plots into development land (housing, etc.), there is increasingly limited space to grow black rice. Black rice can still easily be found in more remote areas where development is not too massive.

How can we support local growers?

Given its health properties, consumers need to understand the value of black rice beyond just another staple food and treat it as any other superfood (nutrition-dense food). This means, if consumers are willing to pay the much higher price for black rice, then there will be enough incentives for local growers to continue cultivating it. The higher price is needed to compensate the longer cultivation period.

What are your favorite black rice dishes?