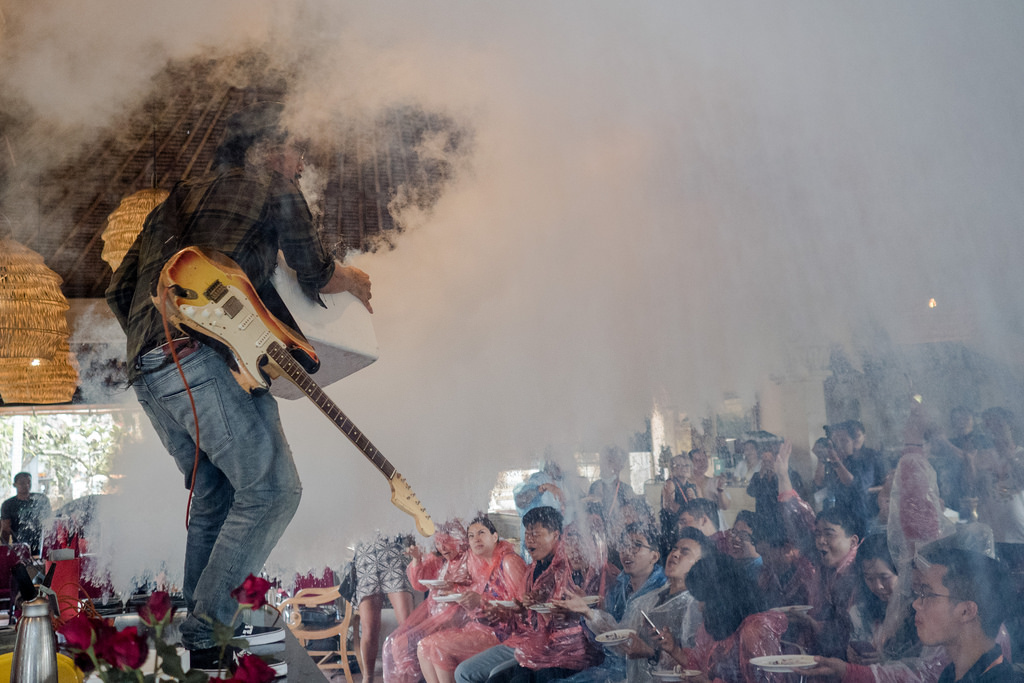 From the Opening Night Party to the final mouthful, the Ubud Food Festival 2018 Presented by ABC was enjoyed by more than 12,000 hungry foodies from 13-15 April – a 30% increase on last year’s attendance. In its fourth year, the record numbers attending the 100+ events fortifies its position as Southeast Asia’s leading culinary celebration, with the spotlight on Indonesian food and its food industry members shining brighter than ever.

For the first time the UFF was supported by a Presenting Partner, one of Indonesia’s leading food brands, ABC. Dhiren Amin, Head of Marketing Southeast Asia for Kraft Heinz ABC, commented, “Ubud Food Festival 2018 Presented by ABC celebrated the diversity of Indonesian food. As a home-grown Indonesian food brand, ABC shares the mission to introduce Indonesian cuisine to a global audience. This common vision between UFF and ABC was our main motive in becoming a Presenting Partner for UFF 2018.”

At the Festival Hub and across Ubud’s most coveted venues, over 100 chefs, farmers, scientists, entrepreneurs, social enterprise founders and outstanding innovators from across the archipelago and the Asia Pacific plated up hundreds of different dishes, and delved deep into the region’s – and the world’s – food landscape.

While food itself can be perishable, if the experience of having a good meal is merged with a special story, it sticks to your memory for a long time.

The Kitchen Stage at iconic Ubud restaurant Indus hosted 18 cooking demos – including three culinary competitions – from international chefs and Indonesia’s best. After his demo, Michelin-starred Korean chef Jun Lee commented, “While food itself can be perishable, if the experience of having a good meal is merged with a special story, it sticks to your memory for a long time.”

Held across Ubud’s top dining destinations, the Festival’s 17 special events saw local and international chefs sharing kitchens to celebrate local produce and culinary heritage with innovative fine dining flair. One of the Festival’s hottest tickets was Locavore ft. Rydo Anton, a collaboration between Ubud’s hometown heroes Locavore and the Indonesian-born Head Chef of Bangkok’s Gaggan, voted Asia’s Best Restaurant for the past four years. Chef Rydo is already planning to collaborate with Locavore again, a testament to the UFF’s mission of fostering professional networks throughout the region. Little-known cuisines and foraged ingredients of Indonesia’s eastern regions were spotlighted at Casa Luna in a long table lunch prepared by young food activist from West Timor, Dicky Senda, the Jungle Chef from Papua, Charles Toto, and Janet DeNeefe. 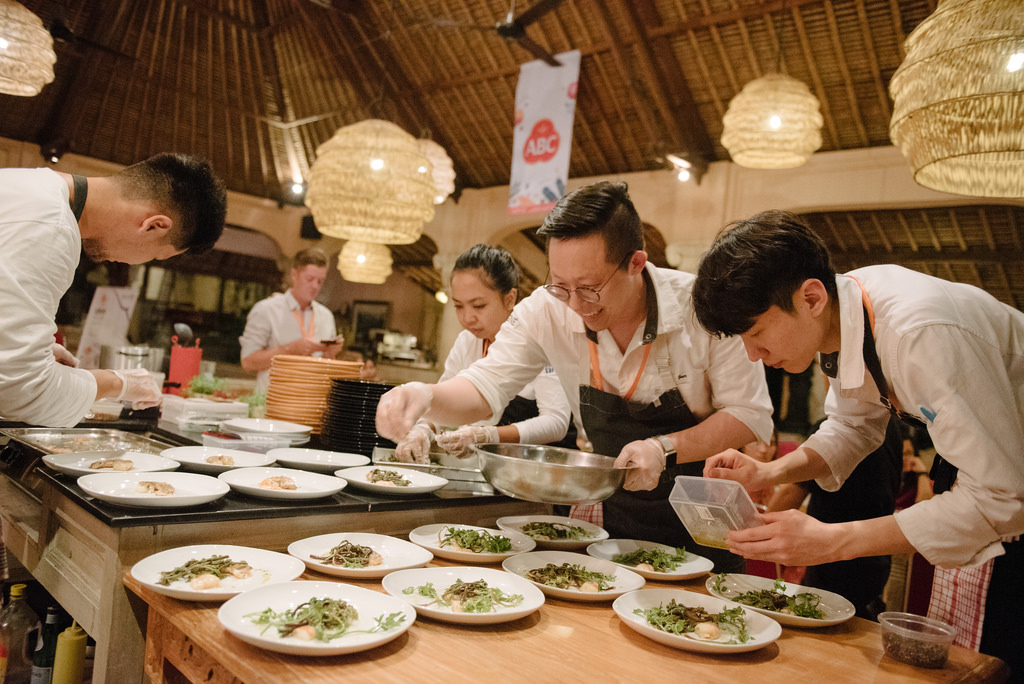 I believe with dedication, passion and hard work, I can achieve something great for Indonesia. I want to thank the UFF for helping me with my dream of distributing nationally and overseas.

The Festival’s Masterclasses gave audiences the chance to hone their culinary skills alongside the industry’s best. One of the most popular was the creative tempeh workshop with young ‘foodpreneur’ Benny Santoso, whose dream is to promote the Indonesian soy superfood internationally. “I want to make tempeh as globally recognized as sushi,” explained Santoso. “At the Ubud Food Festival I got a lot of media attention, and many foreigners were curious about my product, which is what I need to share my tempeh with a wider audience. I believe with dedication, passion and hard work, I can achieve something great for Indonesia. I want to thank the UFF for helping me with my dream of distributing nationally and overseas.” 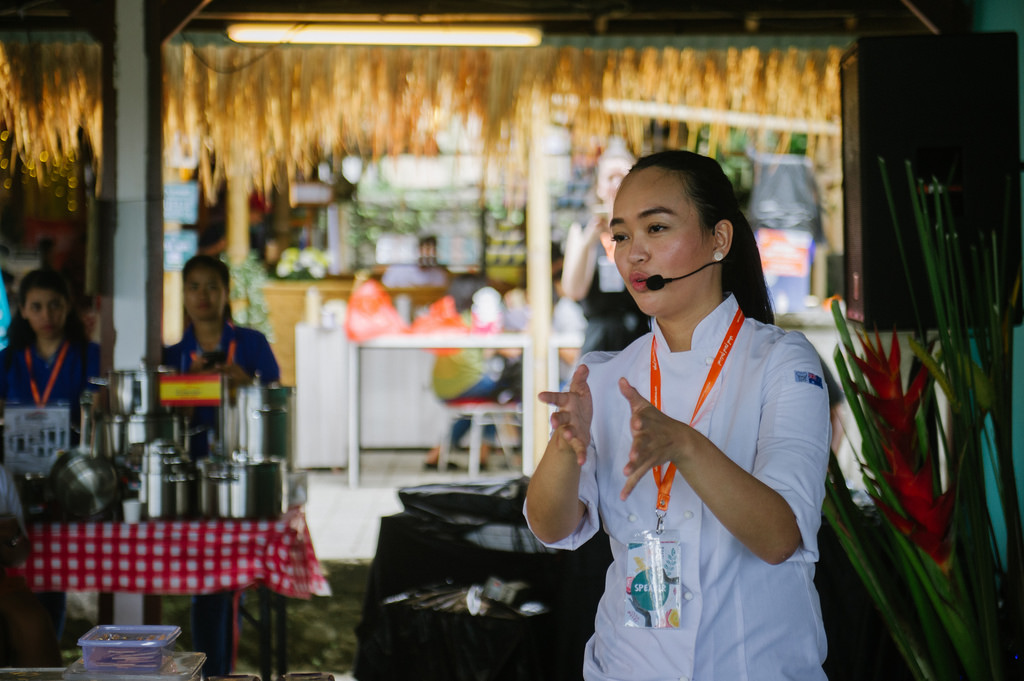 Spotlighting Indonesian food heroes both emerging and established, in its second year the free Teater Kuliner stage again proved popular, with capacity crowds for each of its 18 sessions. From Bali’s most important ceremonial dish, lawar, whipped up by local culinary legend Pak Darta, to West Timor’s favorite smoked pork, baby se’i, prepared by Senda, Teater Kuliner’s delicious diversity proves why gourmands across the globe should be paying attention to Indonesian food. “I look forward to welcoming you all to my home village of Mollo in the highlands of Timor,” commented Senda, “so you can get to know our unique culinary culture.”

As a chef, you can also be a teacher, a writer, a TV show host. Being a chef doesn’t mean you’re confined to the kitchen.

With panels ranging from Indonesia’s rice crisis to the experience of female chefs in a male-dominated industry, there were plenty of powerful messages for audiences at the Food for Thought stage. During the Female Frontier panel, Chef Kim Pangestu spoke of the need for more female role models across all areas of the food industry. “As a chef, you can also be a teacher, a writer, a TV show host. Being a chef doesn’t mean you’re confined to the kitchen. We need to see more women in these roles,” she commented.

With four panels dedicated to ‘the people who feed us’, from Sumatran coffee farmers to Bali’s rice farmers, one of the strongest messages was that consumers need to engage directly with farmers to safeguard sustainability, and give farmers a better deal. Thor Yumna from TaniHub, a smartphone app connecting farmers with buyers, explained that “the three biggest challenges for farmers is access to the market, to finance, and to knowledge.” The Food for Thought series gives innovative companies such as TaniHub a platform to reach audiences hungry for insights into how to be more conscious consumers. 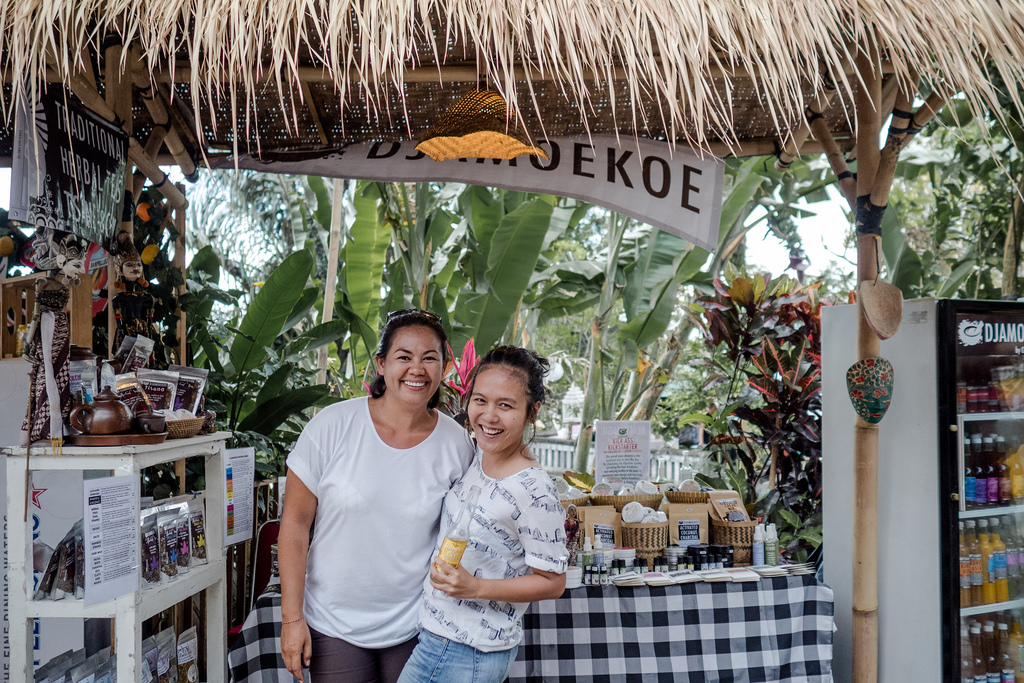 “It gave me great joy to see the success of UFF this year, from the support and cooperation from so many different members of the community, to the huge array of delicious and inspiring events, to the enthusiasm of food lovers,” commented DeNeefe.

We feel our efforts in making Indonesia’s culinary scene go global are finally being recognized, and this energizes us to deliver an even better festival in 2019.

“We feel our efforts in making Indonesia’s culinary scene go global are finally being recognized, and this energizes us to deliver an even better festival in 2019. I want to express my deepest gratitude to all sponsors, partners, volunteers, media, chefs and speakers, and of course our audiences, for sharing our love of Indonesian culinary heritage and the exciting future of Indonesia’s food industry. We’ll see you all next year!”