From long table lunches overlooking the valleys, jungles and rice fields of Ubud, to culinary collaborations between Southeast Asia’s top chefs, Ubud Food Festival’s Special Events put the best of Bali on the table. Held across Ubud’s most coveted restaurants and bars this 13-15 April, if you’re a serious foodie they’re the ultimate guide to town. Secure your seat soon as these hot tables will fill up fast. Here are seven UFF18 Special Events no serious foodie should miss. 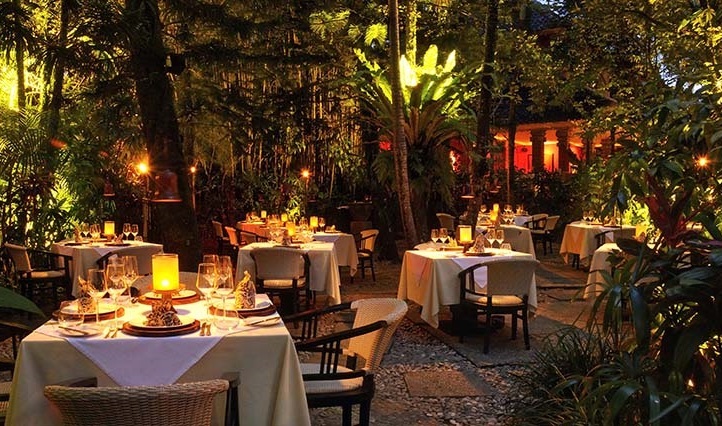 1. Best of Bali at Mozaic

This one is big. On the first night of the Festival, in the glorious surrounds of Mozaic, Chef-Owner Chris Salans will share his kitchen with four culinary compadres, Daniele Taddeo (GROW Bali), Kevin Cherkas (Cuca), Kieran Morland (Merah Putih), and Mandif Warokka (BLANCO par Mandif). With signature dishes from five of Bali’s most sought after venues, expect spectacular showmanship and first-rate flavors.

If all those men in one kitchen isn’t really your thing, then you best be over on Jalan Sri Wedari as Singaporean Petrina Loh, Chef-Owner of Morsels (Restaurant of the Year and Chef’s Choice (Western) at the World Gourmet Summit Awards of Excellence 2017) commandeers Hujan Locale’s kitchen. Petrina is renowned for marrying Asian food cultures in novel ways, and excels in fermenting, pickling and ageing ingredients. For adventurous foodies who adore exhilarating Asian flavors, this one’s for you. 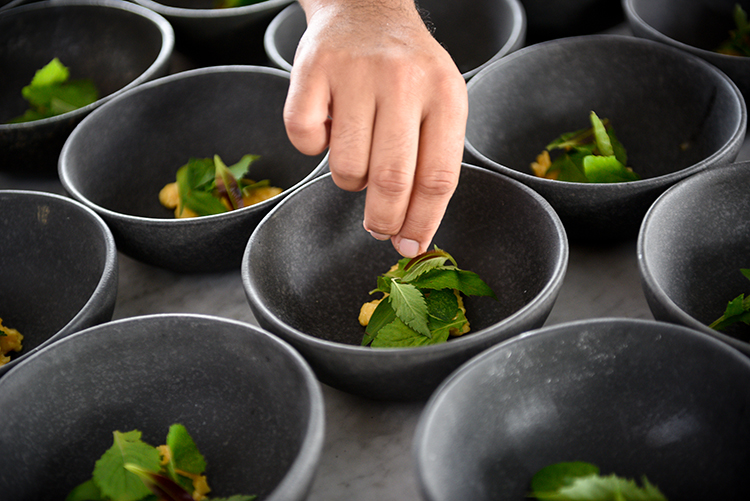 Choosing a Special Event on Day 1 of the Festival sure is tough! In a UFF first, the Kitchen Stage at Indus Restaurant will host an intimate open kitchen long table dinner for 16. Here you can watch Ryan Squires, Chef-Owner of Esquire in Brisbane, Australia, do what he’s renowned for: respecting local produce for the most flavorsome result. The ever-changing menu and Ryan’s constant creativity is what earned his restaurant three Chef Hats – Australia’s premier restaurant awards. 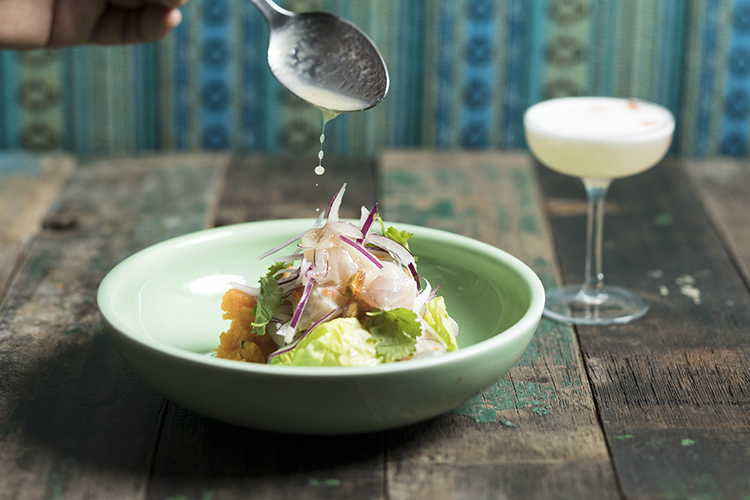 4. From Lima to Madrid, Rome to Bali

Ocean fresh fish and the perfect piquancy of citrus, chili and herbs – it’s no wonder ceviche has skyrocketed in popularity. At the award winning Ola Cocina Del Mar, Daniel Chavez serves Singapore’s finest ceviche. This is your chance to try it, along with other Mediterannean seafood delicacies at the elegant Uma Cucina. 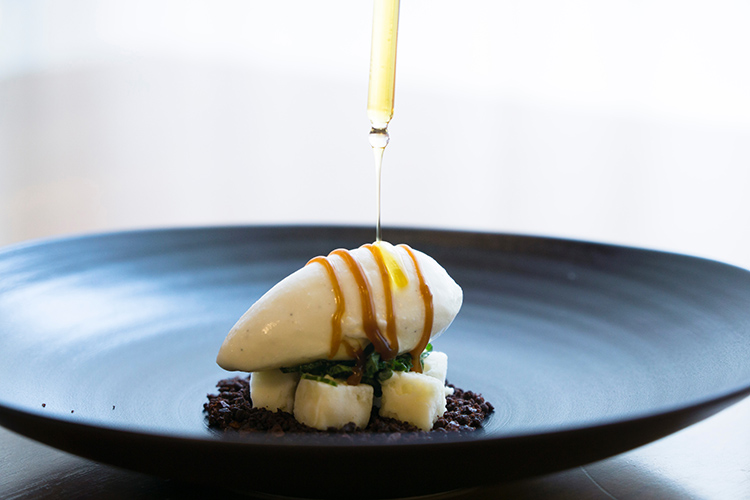 Look at that. Plated perfection. Would you care to see it created? At his Michelin-starred Soigné in Seoul, Chef Jun Lee melts French, Italian, and American flavors into the structure of Korean cuisine. You can watch him do exactly that at the second act in the Kitchen Stage After Dark double bill, an intimate long table for just 14 in the magical atmosphere of Indus. 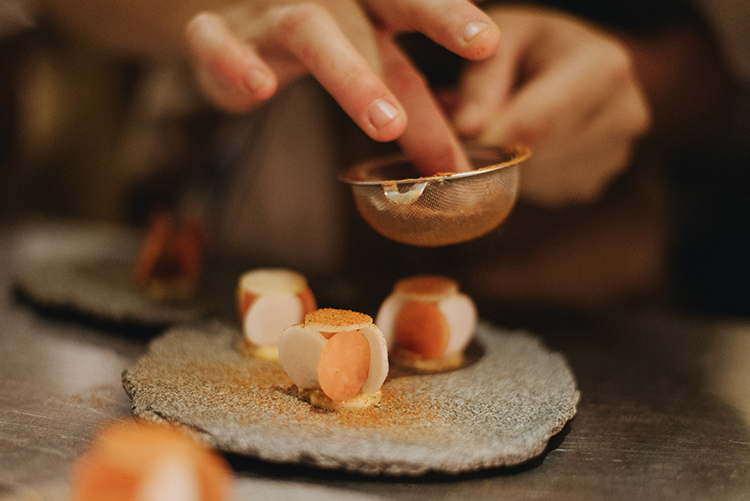 Indonesian-born Rydo Anton is Head Chef of Bangkok’s Gaggan, number one on Asia’s 50 Best Restaurants list for the past three years. He’s returning to Indonesia to collaborate with Ubud’s hometown heroes Locavore for eight courses and countless bites in between. This is a kitchen jam session by culinary maestros no serious foodie should miss. 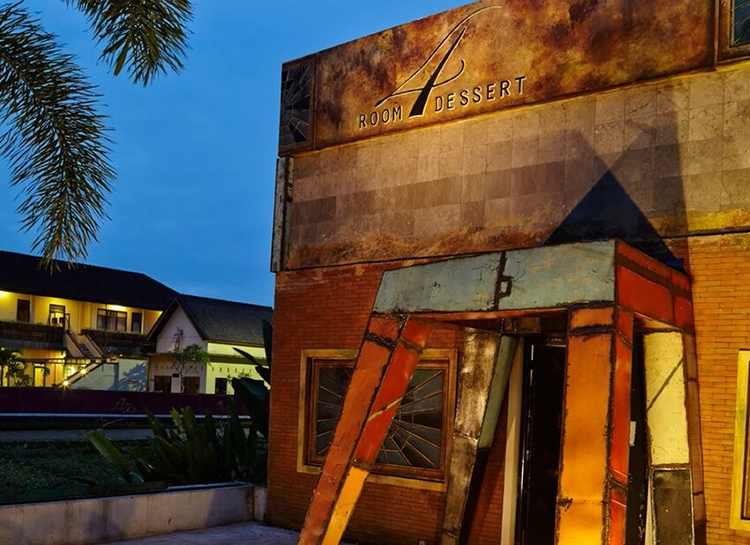 With a meeting of culinary minds like these, you’ll be in for an exceptional experience of flavors spanning many seas. Michelin-starred Cheek by Jowl’s Rishi Naleendra, much vaunted Mejakawi’s Benjamin Cross, and coveted KAUM’s Wayan Kresnayasa will present their signature dishes, followed by world class sweet temptations from the team at Room4Dessert.

For the full list of the 18 UFF18 Special Events click here. To buy tickets, click the ‘Buy Ticket’ button on the individual event page. Many of the chefs features in our Special Events also have their own demo on the Kitchen Stage. View the program here.