Come and get it! UFF17 lineup and tickets are on the table! 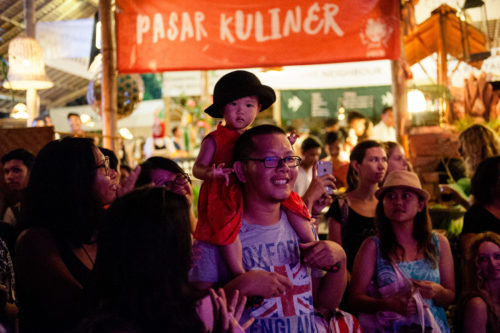 More than 100 chefs, culinary icons, restaurateurs, environmental advocates and social innovators will descend on Bali this 12–14 May for the third Ubud Food Festival (UFF), which today releases its full lineup and range of ticketed events for 2017. 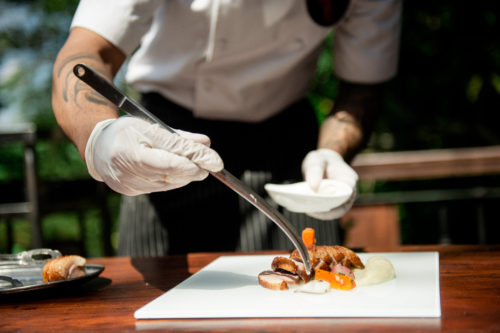 Across the three-day program, Festival-goers will experience the culinary diversity of the Indonesian archipelago. Pioneering chef and writer Petty Elliott will introduce audiences to modern Manadonese, foraged flavors from the Papuan highlands will be shared by The Jungle Chef Charles Toto, the distinctive Chinese-Indonesian cuisine of the Bangka Belitung Islands will be prepared by its leading specialist, Eddrian Tjhia, and a fusion of modern techniques and traditional Balinese cuisine will be brought to the table by Made Lugra. The world’s first Indonesian certified plant-based cuisine chef, Made Runatha of MOKSA will be joined by colleague and sustainability advocate Made Janur.

In the month leading up to and after the Festival, UFF hosts a feast of Fringe Events across Seminyak and Sanur’s dining hotspots. From a long-table lunch focusing on Balinese palm sugar at Kaum to a four chef five-course collaboration at Bikini, the Fringe Events bring a taste of UFF down south.

“We’re so excited to bringing together more than 100 speakers to dish up our third Ubud Food Festival program, which is rich in culinary heritage, innovation and, of course, taste!” said Founder & Director, Janet DeNeefe. “More than just good food, our program unites chefs and foodies alike for a whole-of-industry look at the food landscape – from the hard-working farmers and growers to our much-loved culinary icons, there is something to excite every appetite!”